Welcome back to Quote Digest, where I take apart and reflect on my favourite quotes.

Today’s quote comes from Bohemian-Austrian poet and novelist Rainer Maria Rilke (1875-1926). His poetry is emotional and intense and loved by many, but his single prose novel is what I have found to be most interesting so far.

The Notebooks of Malte Laurids Brigge (Die Aufzeichnungen des Malte Laurids Brigge, 1910) are an autobiographical diary of Rilke, who penned his thoughts and feelings while he spent a few years in Paris, observing life and human anatomy. The quote in question dissects individuality, or rather lack thereof, by pointing out the attrite ways of a person’s death:

“Who is there today who still cares about a well-finished death? No one. Even the rich, who could after all afford this luxury, are beginning to grow lazy and indifferent; the desire to have a death of one’s own is becoming more and more rare. In a short time it will be as rare as a life of one’s own.”

Rilke’s way of lyricism is rather sensitive and emotional, but his diary (we’ll just call it that although it is officially categorized as a work of fiction) is a bit more to the point – the main subject is still a reflexion on life and its participants, but there are stories and narratives included. This is why the Notebooks sparked an interest, although I don’t much care for reading poetry.

Rilke is saying that those who care about experiencing a unique death are seldom to find, and the concept of having a life of one’s own is also vanishing. In an era of instagram, that observation has become even more accurate – and, frankly, disturbing. 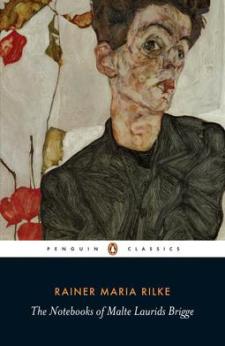 The unique death experience Rilke is referring to is in direct connection to the unique life leading up to it, so a true individual basically faces the challenge of choosing his own path on every step of life. This is very true for myself, and true for anyone who cares to think further outside of the box of their existence.

Not only do your location and circumstance (and from that your nationality, skin color, genetic code and such) serve as an immediate label. Moreover, the type of imagery you most conventionally perceive as being in association with those labels, the more you are naturally inclined to align, to become one of that group of people. Usually this is directed towards the regular school-work-family-work-death carousel, but also serves as a pressure point for anyone who falls outside those regional norms in way of being too small, too large, too light, too dark, too queer or too shy – just to describe the surface of the issue.

At one point in their lives, the individual who has been blessed with an ability to be their own person (hopefully already instilled by a parent, teacher, friend, role model or other, but oftentimes reached on one’s own), discovers that there is a far more interesting existence beyond that alignment; a caleidoscope of choices, patterns, paths and narratives to be made, drawn, taken and followed.

Even Thomas Mann, a traditional romanticist, had already written individualism into Hans Castorps character in The Magic Mountain in 1913, but more prominent issues in his novel overpowered that notion. Shorter forms of literature made for an easier revolutionary means, so it is no wonder that other authors carried that torch towards the new generation. Rilke is a frontrunner of a new way of thinking, and for that he needs to be applauded.

There is a romanticist tendency in viewing your life as part of your death, but I find that to be a substantial influence towards adding significance to every single day. It is not a morbid thought that we are steering towards our deaths every single day of our lives; it is a biological fact.

Thus, I incourage the true individual to find a meaning in Rilke’s words, and shed the ready-made skin they have comfortably slid on in favor of some more individual choices. It makes for a much more interesting existence.