Here’s what I read in November: 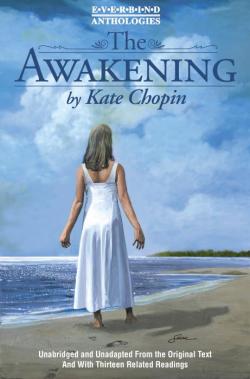 Kate Chopin’s novel The Awakening is supposedly the revolutionary inspiration behind sexually explicit and controversial novels like Lady Chatterley’s Lover and anything by Simone de Beauvoir. Since this piece of feminist emancipation was written in the very end of the 19th century, nothing but a soft attempt at progress – the anticipated pièce de résistance for today’s reader it is most certainly not.

One must keep in mind that Edna Pontellier is a woman of not even the 20th, but the 19th century and for that time, she is absolutely stunning and gasp-inducing not only in her choice to fall in love with a man who is not her husband, but to reclaim her independence not only by living her own life in regards to her daily routine, but even to distance herself wholly from her duties and her household, is a complete scandal.

In modern terms one would refer to that as a divorce, which is a novel notion at this time, and the story does not end well for Edna who is not strong enough to surpass the stadium of her awakening into being a wholly independent individual. Nevertheless, the general pathos of the novel as well as any author daring to normalize womens‘ psychology (the general consensus was that they did not have minds of their own up until that point, apparently) and issues on a daily and existential basis is a revolutionary act indeed.

So once again I must aknowledge and bow to the role Chopin has played in female empowerment as a trailblazer and a pioneer.

Amelie Nothomb is a curious author, since she writes about anything and everything with a certain distance and dryness and at the same time has an intellectual’s intensity about it. Nothomb can get into  any small aspect of a culture, a country, an economical state or an existential question, and spin a story out of because she seems to be genuinely interested in everything.

Then, suddenly, there is a deep human aspect entered into the narrative, and the novel takes a turn for the serious.

The Life of Hunger is firstly a novel about food consumption as a cultural phenomenon, and seems to be an anthropological study at first. Then it turns into a girl’s coming of age while changing the country she lives in. Loneliness and deconstruction of self follow. Suddenly we are witnessing a very sad, seemingly hopeless and apathetic existence.

Nothomb has a certain wit about her, so anything she writes about she can probably interest you in. Her sudden narratological turns and simple yet rich style is easy enough to follow but can surprise you in many ways.

Since this is my first of many Nothomb novels, updates and comparisons are sure to follow in several of next months‘ Literary Escapades.

Estonian author Mehis Tulk is an excellent writer and a great historian. His book series spins around the historical battles of the Teutonic Order in Northern Europe, the Baltic region and Scandinavia, but mainly focuses on social and political developments in Livonia and Estonia. The first part, Foogt (Steward) shows the events leading up to the Saint George’s Night Uprising in 1343–1345.

Kuningas (King) takes place after the uprising and focuses on the newly independent locals in Saaremaa, Estonia, showing their struggle to finding their new leader in hopes of fortifying their keep on their own land in the fight against the Teutonic Order.

This part is carrying the Curse of Second Parts, since it is a middle piece working through the ramifications of novel #1 and also segues into foreshadowing some major events in novel #3. Thus, although the writing is every inch as brilliant and exceptional (I really hope this one gets a German or English translation for a larger audience to enjoy, since Tulk’s writing is just phenomenal), the narratives get so numerous and confusing it isn’t really possible to focus on one, two or three characters or places – or changing political allegiances or even changing romantical aspirations – so, in the end, the story doesn’t have the impact it could have had and ends up being a tad overwhelming.

Nevertheless, I still have high hopes for part three and cannot wait to consume the whole trilogy together.

(In my opinion, no one sincerely liked The Two Towers individually either, but in context of the trilogy it is an amazing piece of storytelling and cinematography. Feel free to comment.)

Belarusian journalist and historian Svetlana Alexievich won the Nobel Prize in 2015 and her contribution as both a historian and a journalist into what is now regarded as the real history of the Soviet Union are immense and to be highlighted.

However, TUFaW as a collection of memories and as a historical novel remains far from the potentially amazing weight it could have as a coherently written war story.

My main problem is the discrepancy between the contents and the format of the book. Alexievich might well be a respected and influencial journalist and historian, which is easy to see in her work, but a gifted narrator she is not. The amount of people she has visited, memoirs she has collected and obstacles she has overcome to even get her book published is commendable and admirable. The contents, however, presents many problems.

As a piece of journalism, this is revolutionary, since the social roles of soldier and warrior were not to be combined in the preferred telling of Soviet history. A woman was supposed to wait at home, raise the children and not to be featured in war stories – although in many instances female generals, tank drivers, doctors and pilots playes a decisive part in the outcome of those stories. The fact that Alexievich shines a light on that aspect of war is highly important – even crucial in regards to an objective and fair telling of history, since the Soviet Union has fought to cover up anything it doesn’t want the general public to know.

Alexievich’s execution as a narrator is lacking in many areas. There is a swarm of memoirs from different people and different areas of the army. There are certain stations and certain points of existence such as pre-enlisting, enlisting, the first battle, the first experience with death, coming home et cetera. So taking this into consideration, there is a certain structure inside the book.

The rest, however, gets lost inside an emotional rollercoaster the author seems to be on from the very first pages of the book. She describes her journey to collect the stories from a first person perspective and chooses (or doesn’t emotionally have a choice, both options are no good) to put herself and her subjects down in an eclectic, fragmented manner of writing. At least the frame of the book could have been composed in an informative and coherent manner, but from page one it consists of emotional outbursts with no connecting narrative.

Because she is dealing with real people and some – probably many – of those people wished for their unfiltered words to enter the pages, she might have chosen that format. Or she might have thought for it to have a larger impact on the reader.

Sadly, while I very highly admire and recognize Alexievich’s impact as a journalist and as a historian, as reading material this book neither gripped nor moved me as much as it would have if it would have been a properly curated story, not just unorganized snippets.

For contextual purposes I would like to add that as an Estonian born in times of the Baltic Chain and the  Singing Revolution my family is very much connected to the Soviet history and I have read plenty of war memoirs. Many of them are tearjerkers, although written in a very neutral tone. This one did not touch me the way it should and could have.