Here’s what I read in December:

When I started my Nothomb journey, I could not quite pinpoint her way of thinking or the core ideas she is researching, because this is a woman interested in about every scientific and human topic available.

Maybe it is exactly this novel from her early writing stages where Nothomb’s reflexions on the anatomy of human loneliness and age collide with the truth of the secret hatred her characters have for one another – and  for themselves.

The ways in which Nothomb describes certain scenes in this novel are absolutely horrific, grotesque, macabre – and at the same time highly entertaining. Fans of Dürrenmatt would adore this, but really anyone who isn’t afraid of a little twist in their humor can be prepared for a unique reading experience.

Ishiguros writing is an interesting combination of Japanese melancholy and modern critical reflexion on Japanese culture, since his residence and immediate cultural circle are in Great Britain, but his roots remain, at least partially, in Japan. Thus, he manages to create an authentic Eastern realm combined with the ghosts, sadness and gloom of a Spirited-Away-like novel – but also to draw a complex psychological map of families with grieving mothers, suicidal daughters and their forms and manifestations of inner turmoil, past and present.

As the title suggests, View is filled with bittersweet but idyllic depictions of dying landscapes in rural areas, gloomy natural sites and silent spots where one could seek solace from the emptiness inside – but is confronted with more death instead.

Motherhood and protecting one’s own are the main topics of this early novel – however, in View Ishiguro takes the rather Eastern style route of painting a portrait of characters who are helplessly exposed to their gloomy destiny. While the novel has somewhat of a mystical air and some of the characters‘ pasts and secrets are revealed step by step, this novel is more of a situation analysis than a moving narrative. But it works just fine as it is, and already Ishiguro knows what he is going.

Any fan of a beautiful but sad and slightly mysterious story told in Japan could highly enjoy this story. However, beware of a silent sadness lurking around you for a bit after finishing it.

Kazuo Ishiguro: An Artist of the Floating World (1986)

In comparison to View, Artist goes further not only into Japan’s culture and history, but also into a moving narrative. Ishiguro is simultaneously showing a disappearing but beautiful floating world of entertainment and meaningless pastimes while emphasizing the meaningful nature of those same elements for those involved in the floating world.

He also paints – with a sharp brush – the outline of the cultural gap between an older respected and knowledgeable grandfather  who enjoyed fame and fortune in younger years, and his Western-influenced grandson, who knows of his grandfather’s status – but still prefers a cowboy over a samurai when choosing the heroes he imitates when playing in his room.

The multi-faceted tragedy of these changes is much more interesting than View, since it has a lot more intellectual and emotional substance, a complex character grid and an actual story about an ambivalent protagonist.

Those narratological elements combined with the aforementioned ever-growing sadness about the gloomy realities of the world make for an excellent reading experience.

Krastev’s book can be described as an essay or as a research paper (The translation title in German is actually Europadämmerung: Ein Essay). The author is painting a picture of events inside and outside the European Union since 2015 and speculating, reflecting, showing and analyzing in terms of the history, current situation and future of the EU. 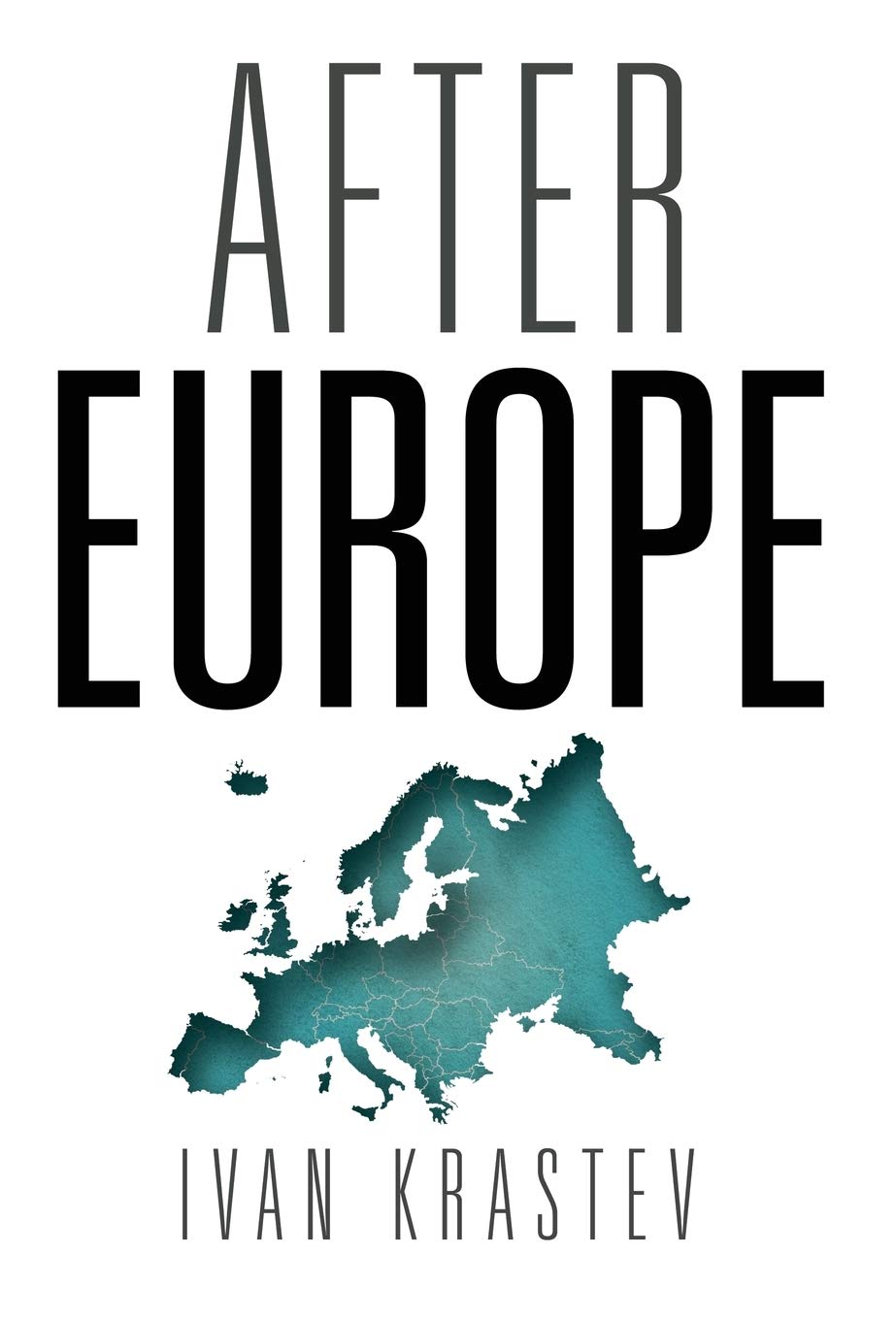 The range of Krastev’s analyses is impressive: He lists a plethora of source material of fellow sociologists, historians, politicians and other specialists to show the most objective argument that would be possible for today’s Europe and its chances to continue existing as a political and ideological union.

Krastev talks about current and contemporary issues like migration, populism, the rise of right wing parties around Europe, Trump’s impact on our political landscape, Brexit, the economical crisis in Greece as well as the political landscape in almost every other member of the EU, all the while questioning rising trends and trying to determine a possible future for the Union.

As critical as his thoughts are, Krastev manages to pinpoint some very positive aspects of the European Union and presents a clear train of thought throughout a very complex field of events and topics. I would highly recommend Krastev’s essay to anyone who is interested in current topics and political history.

Since it is very informative and well-researched while remaning fluent and well-worded, this essay should please any kind of reader in many ways.

What were your highlights this month? Feel free to sound off in the comment section.

Gefällt mir Wird geladen …
‹ The Illusory Worth of Normalcy. Karl Ove Knausgård: ‚My Struggle 2. A Man in Love‘
Literary Escapades. Best of 2019 ›