Here’s what I read in April:

This novel is a combination of several stories which all depict certain walks of life in Indonesia. Taboo topics like women’s sexuality, corrupt politicians and businessmen, the economical and physical suffering of the lower class as well as the struggles of the few fighters who try to make a difference in a world ruled by those circumstances – Saman tries to cover all of its bases.

In that, it sort of fails as a novel, since it is not really clear what the main story is supposed to be. Is it the story of forgotten love and betrayal between the two protagonists? Is it the heroic fight for equality? Is it the heartbreaking mental health crisis where young girls are concerned? Or is it corruption inside the oil industry?

For a piece of local journalism, a collection of short stories or a novel connecting those problems in a better woven story, the available material would have sufficed.

However, the way Utami has composed her work, trying to write all of those stories up into one coherent novel was a bad decision, since it just left me a bit confused. All of the storylines lack closure, suspense and cohesion.

Readers of this blog know I am an avid follower of Nothomb’s work and like most of it very much. Cosmétique de l’ennemi, if ranked, would land in the bottom shelf of Nothomb.

The short novel is another suspenseful story, this time dealing with mental health. A man is sitting at an airport, annoyed about the fact that his flight got delayed. When a complete stranger approaches him, disrupts his reading and starts to share his life story, the almost surreal-sounding confrontation gets even more macabre when a very important connection between the two is revealed.

Although Nothomb has a few surprises up her narratological heel, it seems like certain aspect of the story are rather generic and scrambled together. So although there is enough suspense and shock to fill up the story and to keep a reader on their heels, the idea of the novel is not very original to begin with.

Nevertheless, it was still a good read. 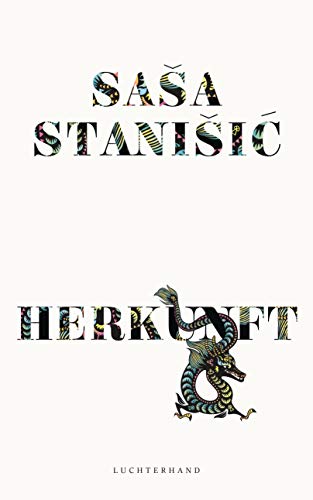 An introspective novel that does not let itself be read easily, Herkunft definitely dares to be different.

Stanišić is pondering about his roots and his origins in this novel, starting to write about his past for an essay for the migration office in Germany to gain citizenship, and tries to put his past and defining moments of his life onto paper. Those then merge with reflexions about home, family, origins, defining aspects of a person and so forth, until the Stanišić family returns home and the reflexions merge with the writer’s present.

The question of what defines a person’s origin is answered and yet the answers just open up more questions on the search of an identity.

It’s an interesting experiment for sure, and I don’t know how many can really appreciate a novel that seemingly doesn’t want to be written at all at first, but since Stanišić won the German Book Prize this year, there were enough who understood what he was all about.

For me, this is definitely a much better read than anything by authors who in my opinion write similarly introspective literature like Herta Müller or Madga Szabo. Still, I found Herkunft to be just an okay novel.

Tuer le père, another short novel by Nothomb, was certainly a very interesting read – but in this case I almost felt like the author was stepping on her own toes, taking too much source material for her usual short form work, where many aspects could have made for a longer novel.

The novel is fascinating, it juxtapositions the antique Oedipus mtyh and its ancient elements with modern events and elements like magic shows, Vegas casinos and the Burning Man festival.

All of the main events in the novel have archaic elements: the illusionists‘ tricks in magic shows and the trickery that goes on at the card table in a casino can be read as symbolic or an allegory, so the two characters connected to that element represent two versions of an ideology. Furthermore, the element of fire and the danger, sensuality and impending sense of destruction connected to it are carried by another character who has a strong impact on the other two. Very interesting and unorthodox things happen when all of those elements get put into play.

The only problem I had with this novel is that Nothomb rarely allows her readers a full novel with a full ending. Openings, possibilities, loose ends and various possible interpretations remain, which is mostly fun for discussions, but at certain points quite frustrating.

The novel itself seems simple, the story is told on the usual less than 150 pages, and a huge amount of information is given and just left with the reader.

In this instance, neither the execution nor the source material are sloppy or shallow. But I still feel like the capacity of this story is much larger than under 150 pages.

Apart from that, this is another great novel by Nothomb. 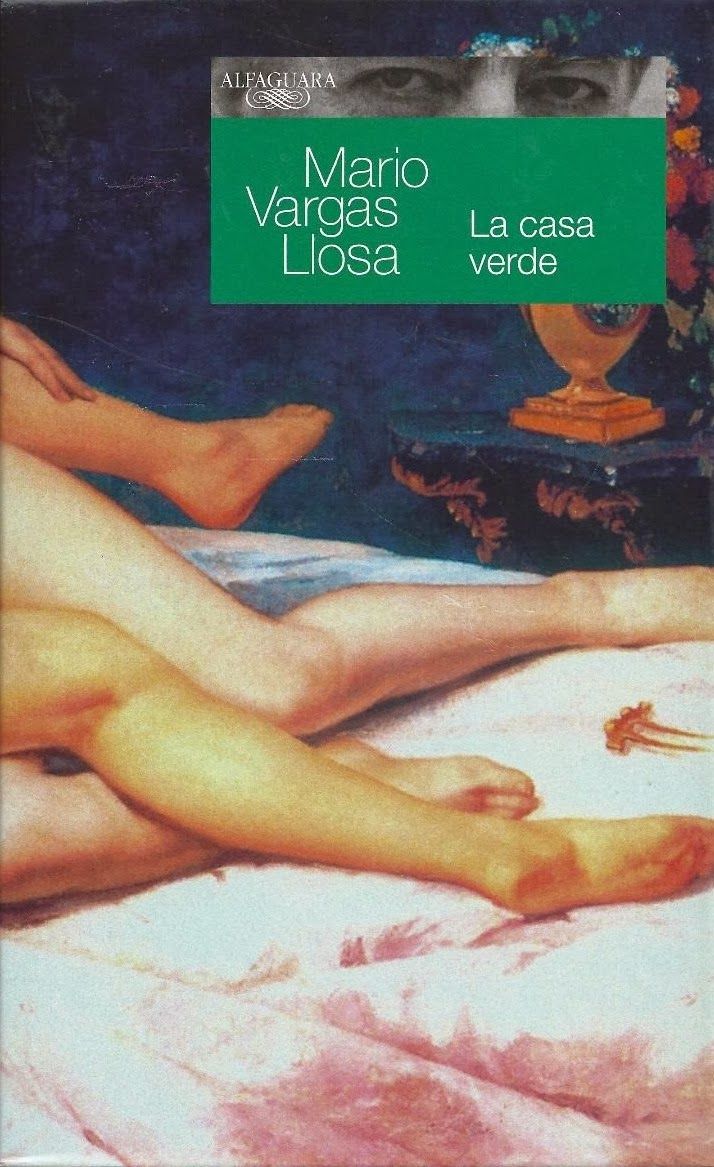 After The Bad Girl, The Green House (La Casa Verde) is almost a culture shock since this novel by Llosa is anything but a love story. Moreso, the Peruvian author has provided a wide study of his country in regards to cultural contrasts, topics of passionate quarrel, rules of love and life, and the price of ambition.

The Green House is, to round up this month’s books thematically, like Saman: it covers a plethora of stories from different corners in Peru from Amazonian villages to native wildlings to nuns who become whores to wild women who become nuns.

It shows the moral compass of men and women and their hopes and dreams. It shines a bright and unapologetic light upon the fact that only a certain kind of women – and men – have the capability to leave their tight-knit communities and birth places. It also shows – quite similarly to Herkunft – how deeply one’s roots can affect one’s existance.

However, the main trait of the society Llosa is showing is rawness. His characters are pure, raw and uncompomising in their traits, be it ambition, love, passion, a sense of justice, the need for respect or the chase after glory. Because they are like this, none of them can really succeed since they lack the flexibility to see from another’s perspective.

In context to all of those aspects the so-called Green House, a brothel, stands in the middle of a town, challenging existing norms and rules, and calls for men from all walks of life to meet each other. Conflicts arise, stories are told, and personal histories intersect.

All of this is done in an intricate way to show where the protagonists are from, why they are like they are, and many smaller characters serve to tell the story of a country where so many problems and divisions are still driven by the lack of progress, diversity and economical disparity.

However, as much as there are sociocritical tendencies in Green House, it is a suspenseful, colourful and intense ride through Peru’s villages and towns, and will most certainly leave a long-lasting impression, as Llosa’s writing is incomparable and unmatchable in its complexity and intensity.

Still, as a starter novel I would rather recommend The Bad Girl (link to my blog on that wonderful novel over here in February Reads!).

What were your reading highlights this month? Sound off in the comments below.