As an avid reader of world literature I aim to stock my #tbr pile with a mixture of books from both Western and Eastern cultures, domestic and foreign authors, far and near regions and familar as well as unfamiliar places.

For most of you, Estonia would be the unfamiliar variable in that literary equation, since it is a very small Baltic European country, mixed into Scandinavian and Slavic history, with few mentions on the worldwide scale of events, people and books.

For me, Estonia is my birthplace, my root country and a huge part of my identity. Many great pieces of literature have been published by Estonian writers throughout the years, and since more and more novels are getting translated, it is high time to regularly introduce you to those gems.

Today’s introduction is to a paramount Estonian writer, Jaan Kross (1920–2007). In the 1980s and 1990s Kross was the most translated and nationally and internationally best-known Estonian writer, even having been nominated for the Nobel Prize in Literature several times. (Wiki) 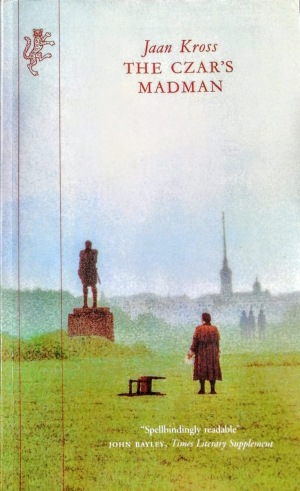 Kross‘ oeuvre is historical and mostly autobiographical, so not only are his main characters and settings fascinating but they also teach us something about Estonian history (Between Three Plagues, A Novel of Rakvere, Elusion: a Novel of Jüri Vilms).

In the best case, they also reveal something about the writer’s own life (The Wikman Boys).

The list of his publications is long, but almost any of the stories or novels can be a good starting point – except maybe the Between Three Plagues tetralogy, which I would recommend reading further into the list of works by Kross, because of sheer volume only. (The series itself is rather fascinating and a great read for any history buff.)

My absolute favourite historical novel by Kross and our main topic today is The Czar’s Madman (Keisri hull, 1978), which takes place in 19th century Estonia – a part of the Russian empire at the time.*

The novel is written in diary form, belonging to the main protagonist’s brother in law, with the main entries dated to 1827–1836 and the last entry made in 1859. 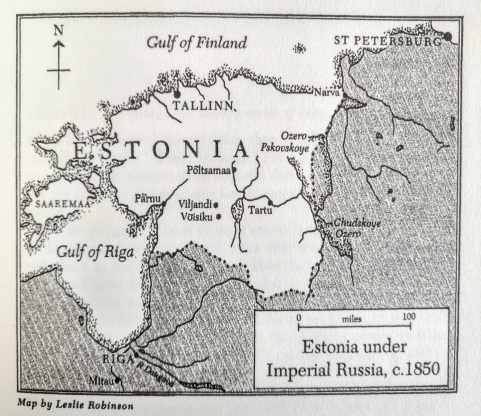 The events of said diary start, however, in 1813 when estonian peasant siblings Eeva and Jakob have their lives completely changed by a Baltic-German nobleman, Timotheus von Bock.

Timo has decided to take Eeva for his bride and procures for her a five-year long education in languages, etiquette and culture, suitable for a noble lady. Eeva’s brother is also provided a similar education, and to the shock of noblekind all over the country, Timo marries the peasant girl.

Since colonel von Bock’s unique mind thinks in unconventional patterns, he gets himself into trouble for fulfilling an oath of absolute honesty towards the Czar Alexander I of Russia, sending him letters with suggestions like founding a democracy for the empire and freeing the slaves. He also critizices the emperor and thus is sent to prison until the ascension of the next Czar, Nicholas I of Russia. 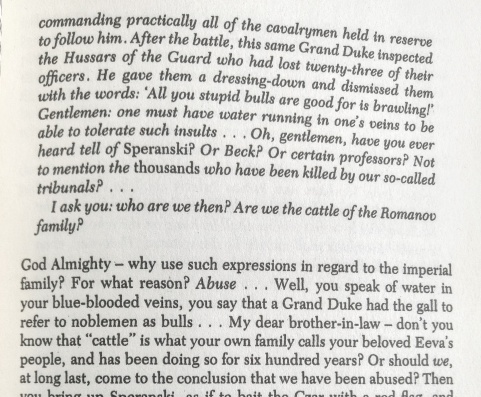 From that point on, Timo is sentenced to a life long house arrest to his mansion in Võisiku on account of him being a madman.

The premise of this accusation of course is to protect Timo from execution, and until the very end his mind seems somewhat compromised from nine years under extreme duress in prison – but his madness only translates as his insolence towards authority and his unregard to the conventions and thought restrictions of his time.

Timotheus von Bock was a real historical figure. This story about a free thinker and earnest individual, whose downfall was to speak his mind and regard an emperor as his friend and equal, truly happened, and Kross includes a list of persons and events to collaborate his story. So not only is is a remarkable novel, it is also a remarkable event to have taken place in Estonia in the 18th century.

The diary is the perfect perspective to the plot, since the details of Timo’s writings, his imprisonment and consequential plans to flee the country are revealed to Jakob in small portions which he then transfers into the medium visible to the reader. He is regarded by Eeva and Jakob as an objective authority on Timo’s madness and a confidente in all of their affairs. So, as secret keeper and ally, and at the same time neutral observer, Jakob is the perfect storyteller. (In that regard, praise goes to Kross who invented Jakob’s character to mediate historical events)

The Czar’s Madman is a painfully real story – literally – and that shows on the pages. Timo’s struggle with himself, with his principles, his ambitions and convictions, and the unwavering decision to not break his oath to the emperor for nine years are remarkable. Moreover, Eeva’s ability to rise to her position as a lady and to keep her composure and her dignity, despite almost everyone in her life trying to disregard and humiliate her, are almost even more remarkable.

This is a story about love, suffering, perseverance, truth and loyalty. It is a gripping and intellectually challenging novel with ruthless passages and seriously enraging political and social settings. All things put together, the history of Timoteus von Bock is most certainly nothing like you have ever read before, and if any of the abovementioned points seem like something you would like to read about, Kross‘ opus magni is most definitely the novel for you. After reading it for the third time and in another language, I am still discovering new and interesting nuances inside it, and probably will do so after the fourth.

* Czar (Tsar / царь) is a synonym for ‚emperor‘, used in Slavic and Eastern European  countries from the 10th to the 17th century.

And lastly: You can also find my impressions on Estonian literature amongst the books I’ve read in the monthly reviews category. Happy hunting! 😉