Here’s what I read in July: 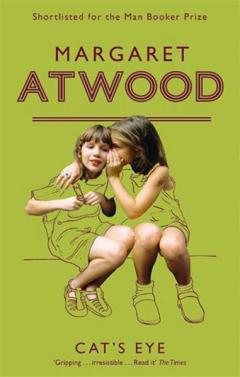 Little girls are sweet only in the eyes of adults.

Atwood portrays a frenemy-style friendship between two girls from the tender age of eight until early adulthood. The novel goes into ways that toxic friendships form a girl’s personality and how little girls always seem to be rather cruel to each other.

Furthermore, she takes a hard look at outgrowing one’s environment and one’s past – the motive of escaping one’s past returns and mixes with topics like feminism and the concept of femininity, as well as the microcosmos of a little girl under the influence of conventional stereotypes, and what deep harm it can do to the development of true individualism or creative freedom.

Even if this one doesn’t hit home for you, Atwood’s writing is suspenseful, emotionally intellectual, politically and culturally rich with descriptions from the 1980s in Toronto, Canada, and filled with interesting thoughts on all things woman. While Lady Oracle (in April reviews) did not convince me 100%, I would very strongly recommend this one. 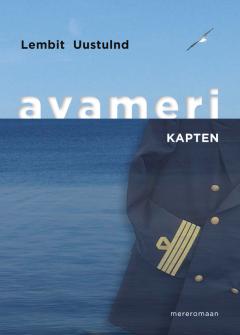 This Estonian author has worked on many a ship and published a few novels along the way, so Captain. Open Sea reads like a light-hearted schoolbook on being on the high sea, as well as a really good telenovela. Any Estonian should immediately get into this one, as it portrays the island life in 1980s in fishermens‘ collectives, along with political and domestic issues that come along with filling quotas and being under observation at all times.

The wonderful freedom of a fisherman, in contrast with always being away from home, is an emotional topic which Uustulnd portrays magnificently, having experienced all of it for himself, there are no surprises that this first part of a planned trilogy makes you highly exited for the next one.

And yes, there is sex, friendship, violence and exitement with huge fish involved as well! I will most definitely let you know if this one gets translated.

A short and sweet story about broken hearts and unfulfilled love. Storm knows how to create suspense, and although I much preferred his more gloomy and dramatic Schimmelreiter, Immensee is a simple, beautiful story about a sweet childhood friendship with potential to blossom into a beautiful romance – and the tragic conscequences for both parties involved when those naive dreams disappear and get crushed by two very different realities.

If you are a fan of German Romanticism, you will love this story. If not – most definitely read Schimmelreiter. Storm is a wonderful writer and his works deserve to be remembered.

While this novel about sexual addiction was actually published before Lullaby, its translation into English and German languages has made it a talking point this year. Slimani goes into a darker realm with Adéle, portraying a young woman, who, on paper, should be very fulfilled, as she has a career, a marriage and a child. All she wants, however, is to have sex with complete strangers.

Adéle’s addiction leads to a substantial part of her life falling to pieces, and while the patching-it-together is almost anticlimactic, the idea of addiction per se and having it all on paper while craving something completely different in reality is portrayed in a unique, Kunderaesque style.

Slimani’s writing style is rather simple, but the subject matter is tough, so it is my conviction that the seemingly light writing is the only way to make such a book readable for a wider audience. I also sensed a strong connection with Jelinek (in March reviews): the idea of a woman looking for a controlled environment to balance her uncontrollable urges is an excitingly raw and honest truth put into light during a time of rapid female emancipation.

Subversion leading to nihilism in regards to all conventional ideals of what ‚woman‘ is,  leading to breaking molds and conventions, in a radical way – that topic still needs to be dwelved into more, because freedom from stigmatization and conviction for living one’s truth in those regards is still miles away.

Slimani is answering questions about aspects of sexuality that many are afraid to even ask – especially when it comes to women, which already makes Adéle a valuable piece of literature –, and her novel is wonderfully written to boot. A great read for any Kundera fan.

A short but psychologically loaded story about a man fulfilling his duty to a cold-hearted woman, while falling in love with a hot-blooded one at the same time. Ethan Frome is a short format play and a complex narrative at the same time – I for one felt it can be digested better when read as a text. But I would surely go watch it on a stage as well.

Ethan, who is taking care of his sickly wife and already a prisoner in his own home, experiences a tragic loss when the possibility of freedom in matters of the body and the soul are represented to him and taken away shortly after. The conclusion of th story seems to be that one is to carry their load in life and endure it silently, for aspiring towards any selfish goal will result in disaster for everyone involved.

Ethan Frome is immensely packed with strong thoughts on destiny, altruism, duty, ethics, individualism and love. Considering it is a drama from the beginning of the 20th century, the tone is sometimes over-the-top, the narrative is somewhat foreseeable (and even bordering on cliché) – but Wharton is most definitely a stunning writer. As this is meant to be a play, the tragic moment and its weight are certainly not lost on me.

Wharton was the first woman wo win a Pulitzer Prize, and I believe that was a well-deserved award.

I am intrigued and will be getting into her other plays in the future.