Here’s what I read in June:

Ng’s depiction of the suburban stepford paradise Shaker Heights is quite detailed in the novel, as is her insight into the protagonist Elena Richardson, who has crafted the perfect life for herself and her family.

Elena, however, is much too preoccupied with keeping up the facade to notice the forming and deepening of cracks… too many cracks. When her plan collides with the artistic whirlwind that is Mia Warren, Elena’s world is thrown upside down. Dark secrets are unveiled and most fragile places are visited.

I would highly recommend watching and reading both versions of Little Fires Everywhere, and feel like both contribute to the subject matter in a unique and well-excecuted manner. 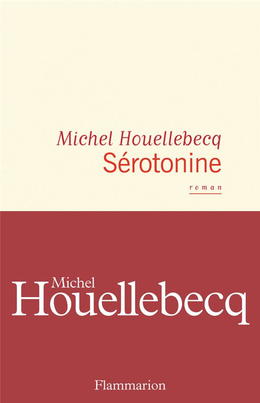 Houellebecq is as scandalous as he is brilliant, and although the new novel mainly deals with nostalgic depression, the author still manages to sprinkle a bit of pedophilia and a couple of gangbangs into the mix. Nevertheless, this is one of the most reader-friendly novels the french author has published to date.

Interestingly enough the laconic therapist who prescribes a fictive drug has turned into a comedic trope of the last years – Moshfegh and Selby Jr. come to mind.

While different outcomes of said therapists who are completely lacking in morals and either allow their patients to go exactly as unhealthy a route as they desire to (Moshfegh), or simply restrain and sedate them into a non-existence (Selby Jr.), there is always a tragicomical element which is not lost in this case either.

The mentioned fictional drug called Captorix heightens the protagonist’s sense of ambition and enables him to feel somewhat of an emotional assortment while his libido is completely diminished. From there, Florent-Claude cuts ties with his existing social and emotional net and tries to take a nostalgic trip down memory lane, seeking lost connections to people who carried an importance in his past.

Unfortunately, each reunion only solidifies the sinister statement made in the beginning of the novel: we are each living in our own hell, financial comfort just means we get to choose the furniture and customize the tiles. Living is still a personalized hell.

In addition to the existentialist argument the protagonist’s career in agricultural science leads to some highly interesting reflexions on the current state of the french dairy industry. The bloody culmination to the growing tensions and the dairy farmers‘ uncompromising answer to the french government has resulted in Houellebecq gaining an even more prominent status of a prophet – this is not the first socioculturally radical event the author has foreseen.

For those of you who are not bothered by genitals and sexually explicit scenes but can appreciate the intellectual aspects of an old pervert (and I say this endearingly), Houellebecq is a wonderful author and should be consumed – possibly in small quantities at a time. 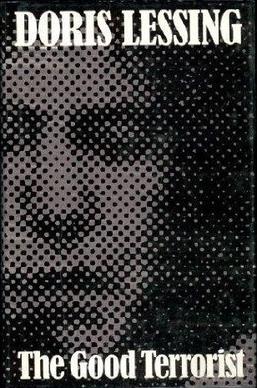 Lessing has always had a sharp eye for social problems and has made it her life’s work to speak up about them. Her novel The good Terrorist shines a light on the role of a woman in a changing society and the inner conflicts that keep caging her – even when she is in constant pursuit of achieving change and progress in her environment.

Alice, a mousy thirty-something, is the perfect character to show how someone can be slightly ambitious to break things and make noise, go to demonstrations and clap at speeches – but in her core still be coded to act into the social role she believes to have learned from her parents.

For example: Although she is quite vocal about the ‚despicable bourgeouisie‘ life of her parents, her shock at the very realistic development of her mother leaving her lavish house for a small apartment is big. Nevertheless, Alice keeps stealing money from both her parents and believes she is entitled to their economical support, while screaming at them during phone calls where she demands them to pay for her electricity and water bill.

In the end, Alice’s struggle is only with herself, since she is very well aware of the fact that she must look prim and proper to step into a government building and request the squat she wishes to make livable to gain access to the power network. However, when the real terrorists she befriends while mothering the squatters decide to start joining organisations like the IRA or the KGB, or start independently bombing places, Alice is quickly distancing herself into the kitchen and inserting herself back into a familiar role: cooking and cleaning.

The good Terrorist is a wonderful commentary on the female struggle, while also showing other types of revolutionaries, their backgrounds, ways of thought and issues with forms of authority.

Anyone with political interests will also find something of value in this witty portrait. 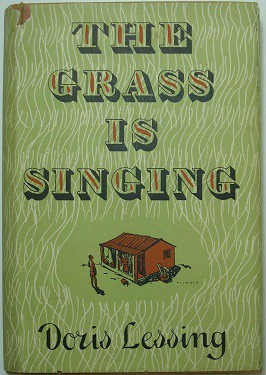 Lessing’s first novel deals with racial issues and the disingenuous communities of backward small towns by example of small-town (Southern) Rhodesia (now Zimbabwe). First and foremost, however, it is a study on how loneliness can drive an individual into complete madness.

As in all her novels, Lessing (much like Ng) takes on the deepest and darkest places in a female’s psyche: Mary Turner who has remained during her youth a care-free individual, making lots of friends and having a wonderful life, starts to doubt her value as a woman when she overhears her so-called girlfriends tattling about her not having found a husband. Sadly, as it is still in many societies, a woman’s worth in this case is also defined by her marital status.

Mary could obviously choose the continuously care-free life of an old maid and remaing in her financially secure routine existance – on the contrary, she decides to find a husband and fulfil the role she believes to determine her worth from that moment onward.

As fate would have it, Mary makes the aquintance of one ambitious but dirt poor and struggling farmer, Dick Turner – and from the moment she hands her life over to Dick, it is over. The remainder of the story sees Mary withering away while trying to better his sad attempts on his farm, crops, workers, home and economical affairs.

The fact that the story takes place in Rhodesia of course means there are black slaves in the Turner household, whom Mary fears and handles violently. Her own actions determine her end in the final sense, because Mary being murdered is an act of revenge. Nevertheless, had she the strength to not conform, the tragedy would not have occurred.

The Grass is singing is an intelligent, yet gloomy portrait of a white man trying to yield everything to his will – nature, a human slave, a wife, and even the currents and the seasons. While Dick Turner is painted in a somewhat empathetic light, and some of the causalities of the story help to bring Mary to her psychological breaking point, it is her own belief system coded into her by her peers that destroys her sense of self-value and leads her to surrender to a failed existence.

The story starts with the murder and is thus filled with an impending sense of doom, so it is not for the light-hearted to enjoy. But the sociocritical wit and sharp observations on her characters certainly add immense value to Lessing’s first novel, which I also higly recommend reading.

What were your reading highlights this month? Let me know in the comment section down below.